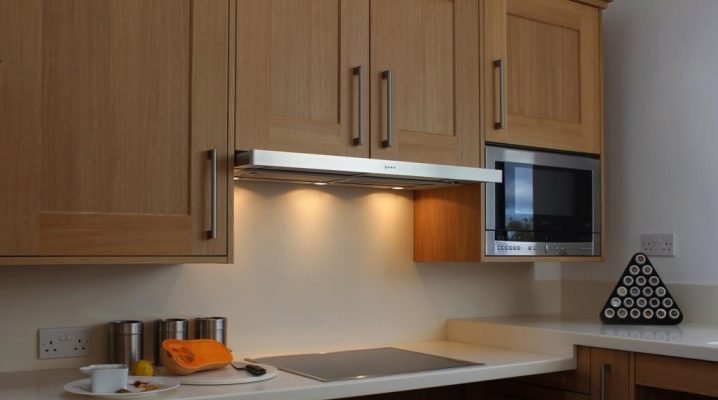 The choice of a hood for the kitchen is just as important as the choice of a hob or refrigerator: high-quality kitchen appliances serve for years and allow you to create a laconic and complete interior. In addition, the hood is one of the most functional and necessary items in the kitchen: it cleans the air from unpleasant odors or smoke, from the rich aroma when cooking, so it is worth choosing it wisely.. 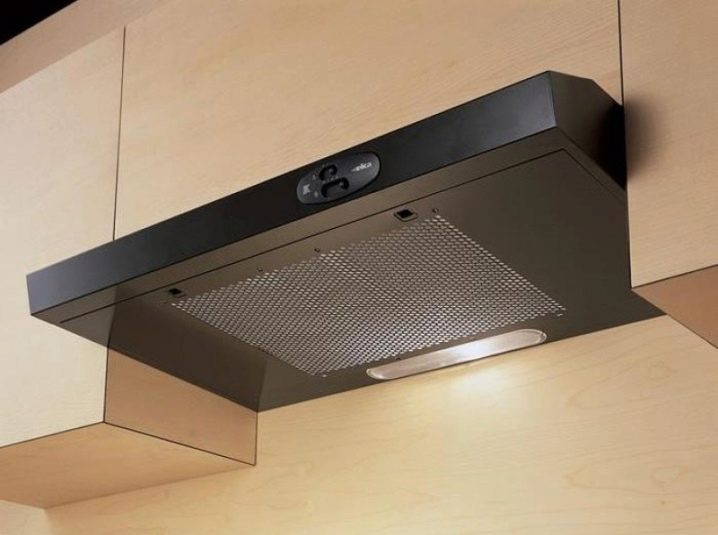 Dome models are becoming a classic among exhaust systems for the kitchen – voluminous and bulky for a small apartment and the most attractive for a spacious room. For a small kitchen, it is better to choose something discreet and less ambitious, for example, a kitchen hood without an air duct. Laconic rectangular models with a rather thin base and control panel are an ideal choice for a small kitchen, where it is important to create a comfortable work area. 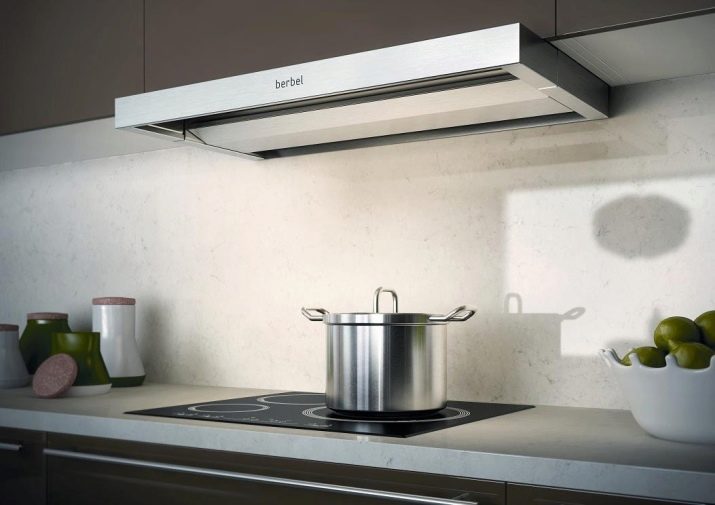 How does it work

A hood for a kitchen without an air duct works according to a simple principle: a powerful motor draws in air and passes it through the filters installed inside, then releases it back into the kitchen. A cooker hood without venting into the ventilation does not disturb the air balance in the room – this is considered one of its main advantages. 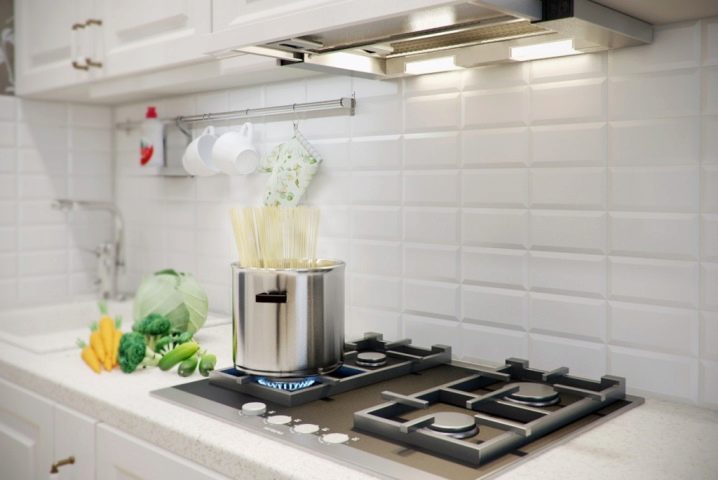 Such models are called recirculating due to the mentioned principle of their operation. The system of filters inside the hood without exhausting air allows you to clean the incoming air from fat and other large particles thanks to the first stage of purification, after which the air goes through the second stage of cleaning – from unpleasant odors. Such a hood model requires the use of a set of filters, as a rule, metal plates are used for the first cleaning stage and carbon filters for the second.. 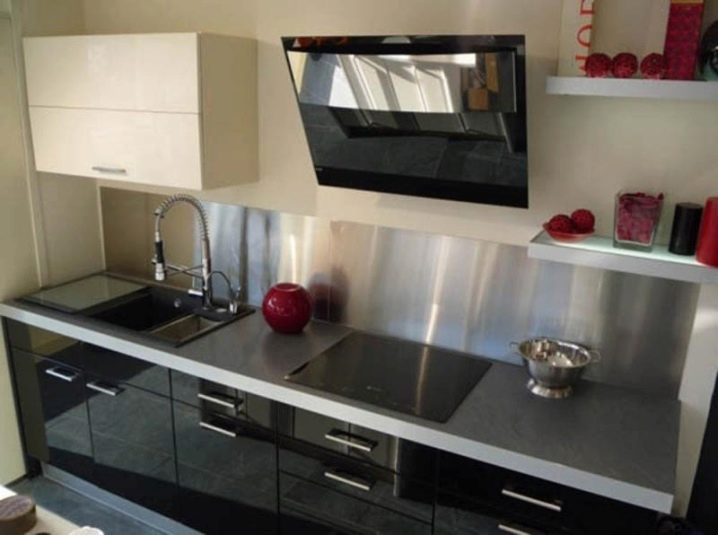 Replacing filters for a cooker hood is done individually, depending on how often you use the hood when cooking and how much scale or fat is generated in the process. On average, carbon filters should be changed every 3-6 months of using the hood, metal filters less often – once a year.

What are the types of models

There are only two types of recirculation hoods: a flat model and a built-in hood, which differ slightly from each other, but have some distinctive advantages.. 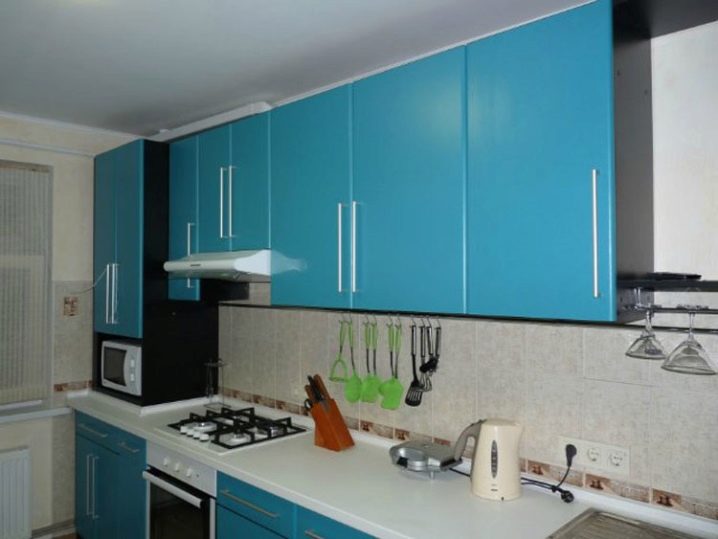 A flat hood without connection to ventilation has a more voluminous body panel, an internal fan and a filter system; it is compact compared to the classic dome model and takes up less space in the kitchen. At the same time, the work of such a hood is worthy: it sucks in air and filters it from small particles of plaque, grease, odor and releases it back. Installation of such a model takes place under the kitchen cabinet, it is important that there is an outlet near the hood. 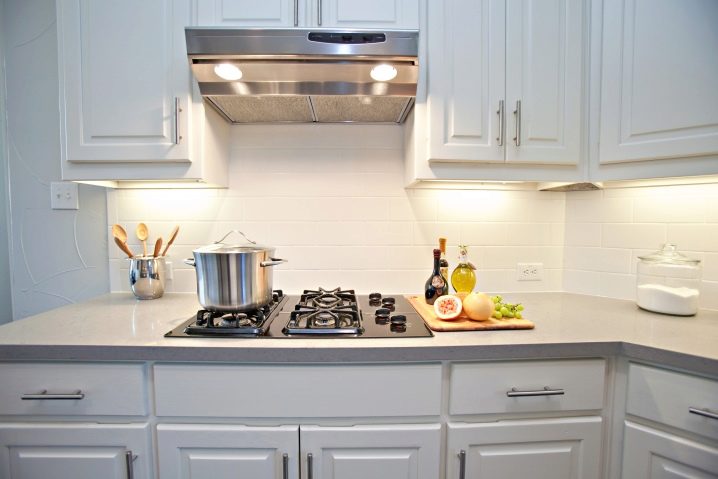 The built-in model of the circulating hood has the same “stuffing”, but it is installed in the kitchen cabinet, leaving only an elegant control panel open to the eye. By the way, it is not necessary to purchase a separate cabinet for the hood, it can be “hidden” thanks to an additional model in the main color of the kitchen. Especially popular has become the telescopic system, which allows the hood to be extended for work and retracted to complete the suction of air.. 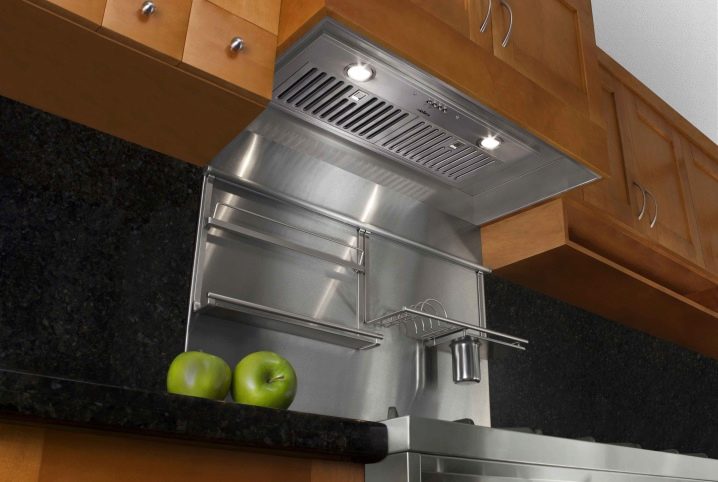 Each of the models is found in sizes 50 cm and 60 cm, that is, they are suitable for “installation” in a standard size wall-mounted kitchen cabinet. 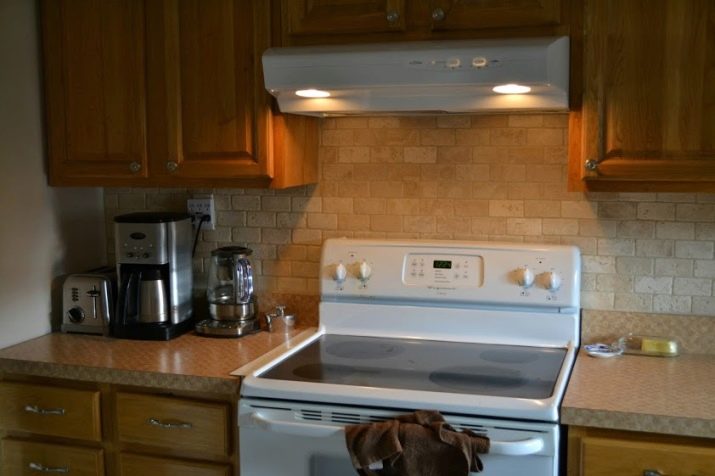 There are different opinions among consumers about the use of a hood for a kitchen without an air duct: some are exclusively against such equipment and call it “useless” in the kitchen, while others prefer modern models of hoods with charcoal filters and a recirculation system.. 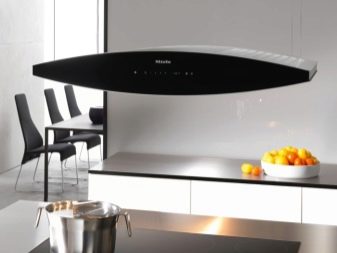 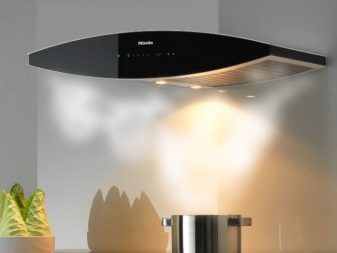 Let’s talk about the features of such hoods in order to form a preliminary opinion about their work: 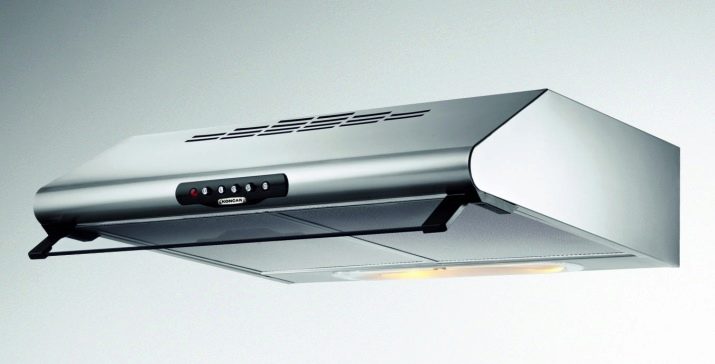 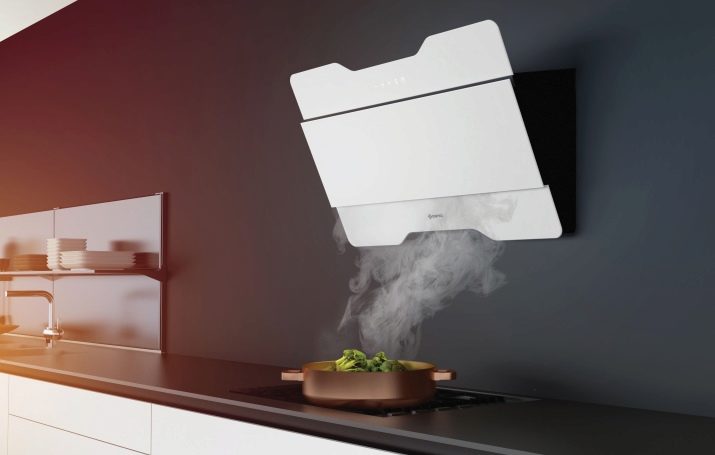 In order for your choice to be worthy and the model to be functional, it is worth knowing a few nuances about choosing a hood without an air duct: 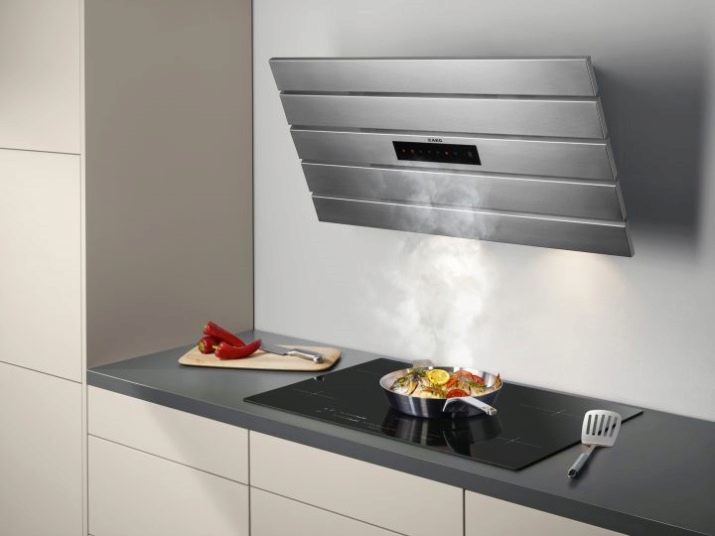 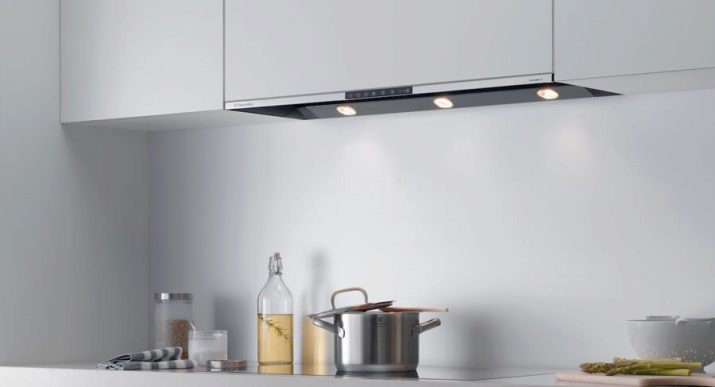 The choice of a hood without an air vent for the kitchen is easier than it seems, the main thing is to understand the principle of operation of such a system and assess how suitable it is for your kitchen. Such systems are used in the development of even the classic kitchen format, where dimensions and laconic forms prevail, and, it would seem, there is no room for a modest and barely noticeable hood model without an air outlet. Sometimes the kitchen itself and its layout do not allow the installation of bulky structures, or the guests just want to maintain a genuine air exchange in their home, then the very recirculation hoods come to the exit. 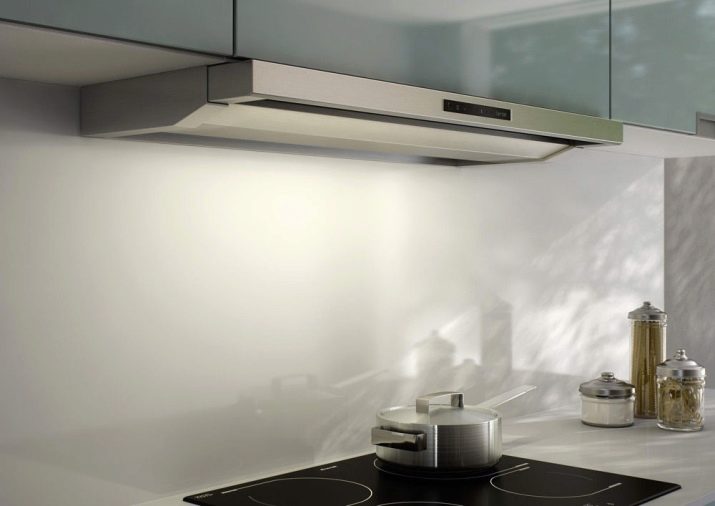